Mohamed and Matthieu were particularly motivated during July. Our goal was to create an autonomous robot for our future attending to Les trophées de robotiques 2020. We wanted to make a robot able to localize itself on the playground and to go to given coordinates. Moreover we waned this robot to be modular so as to allow us to add features needed for the competition which rules are unknown at the moment.

After a first CAD model, printed then built the robot : 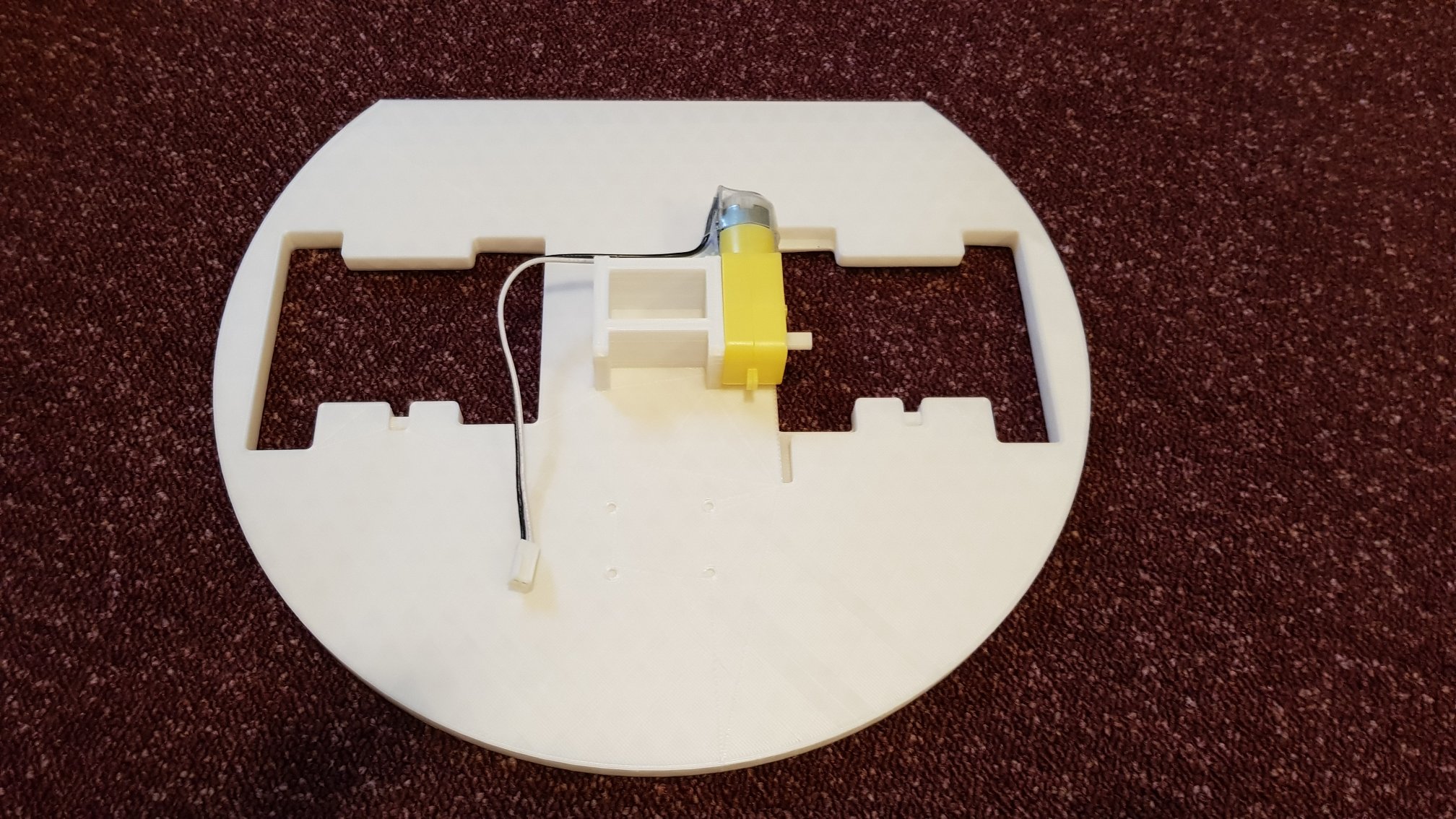 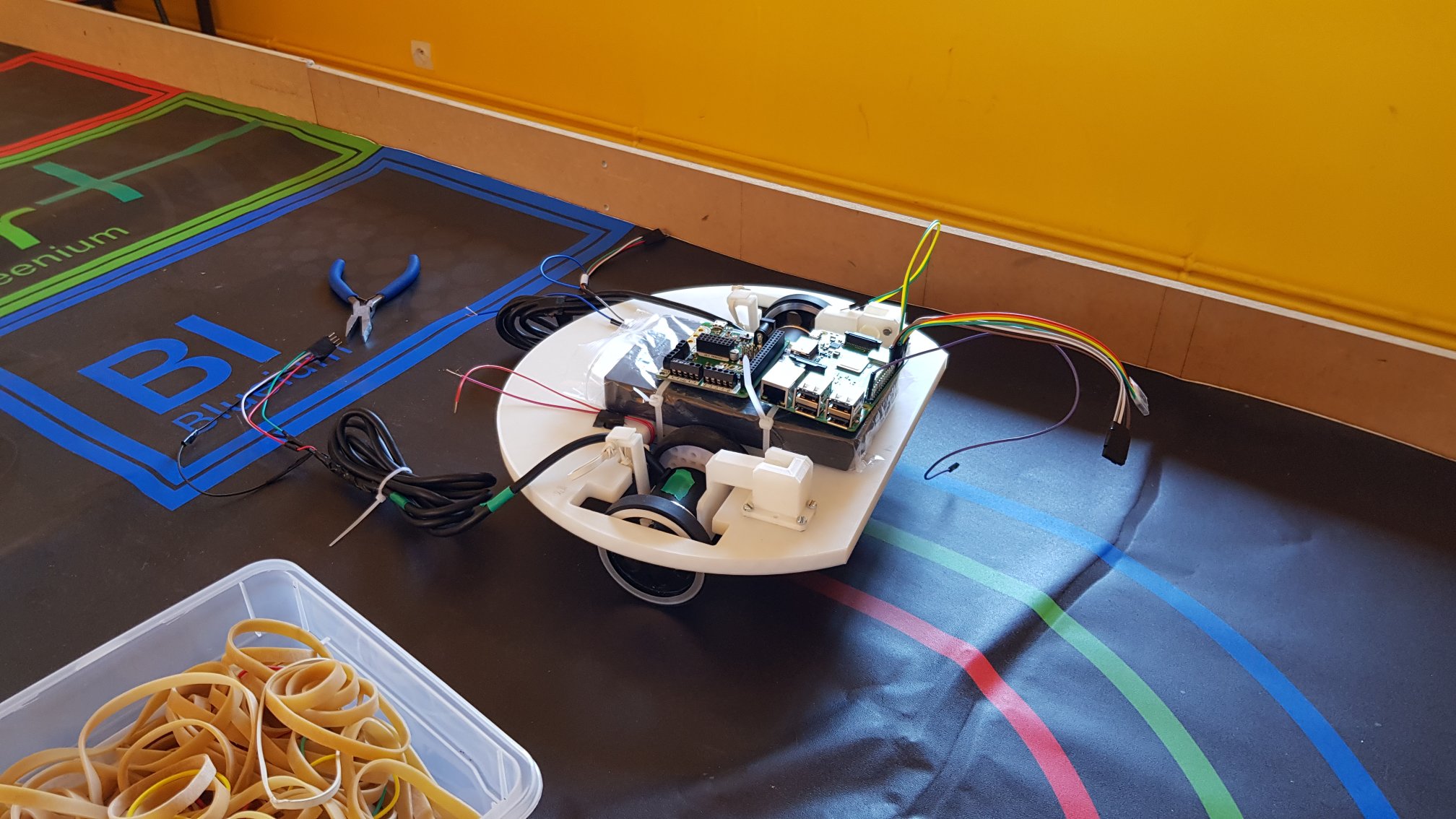 We then had to code it :

We brainstormed the theory about it all together : 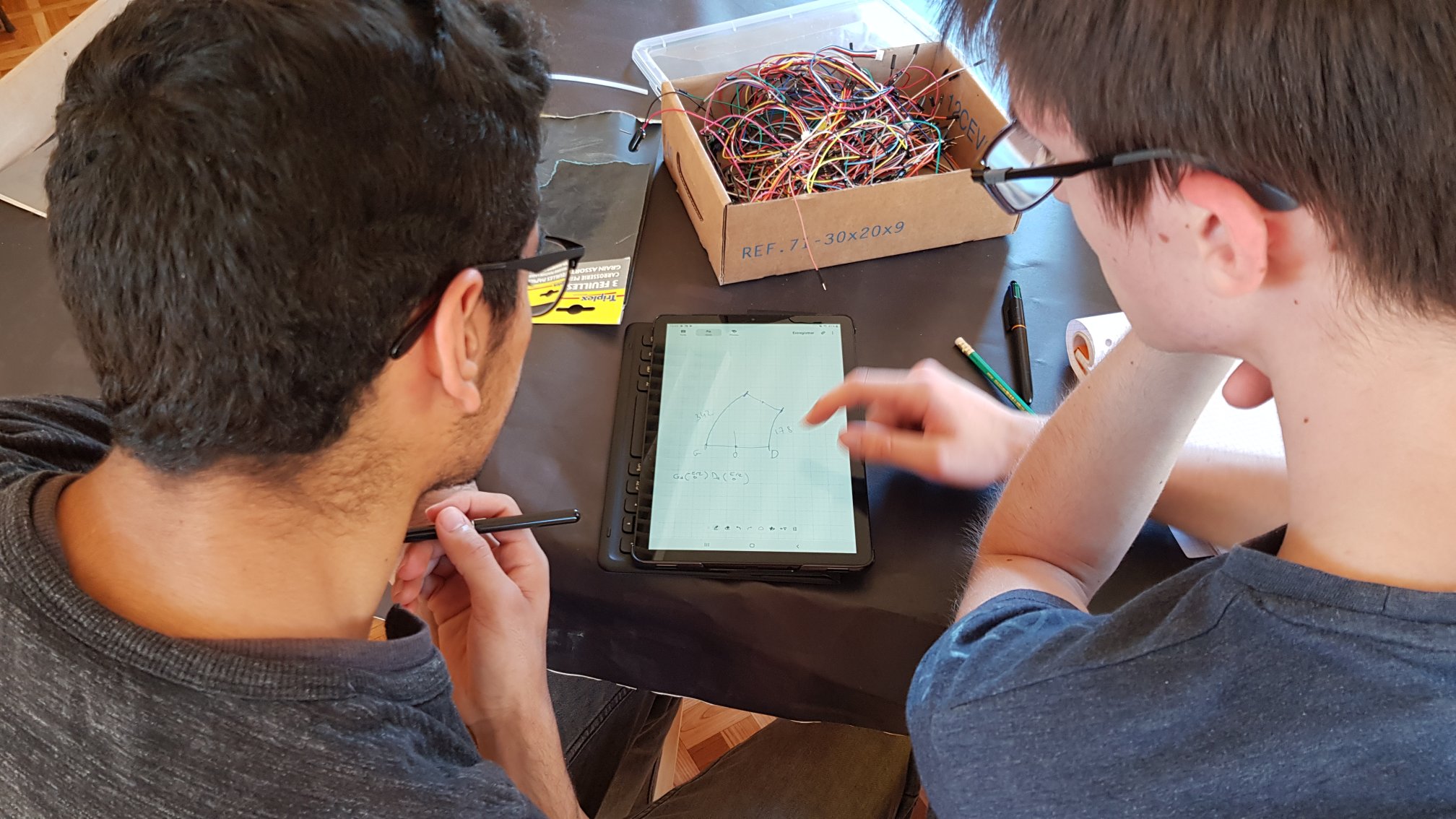 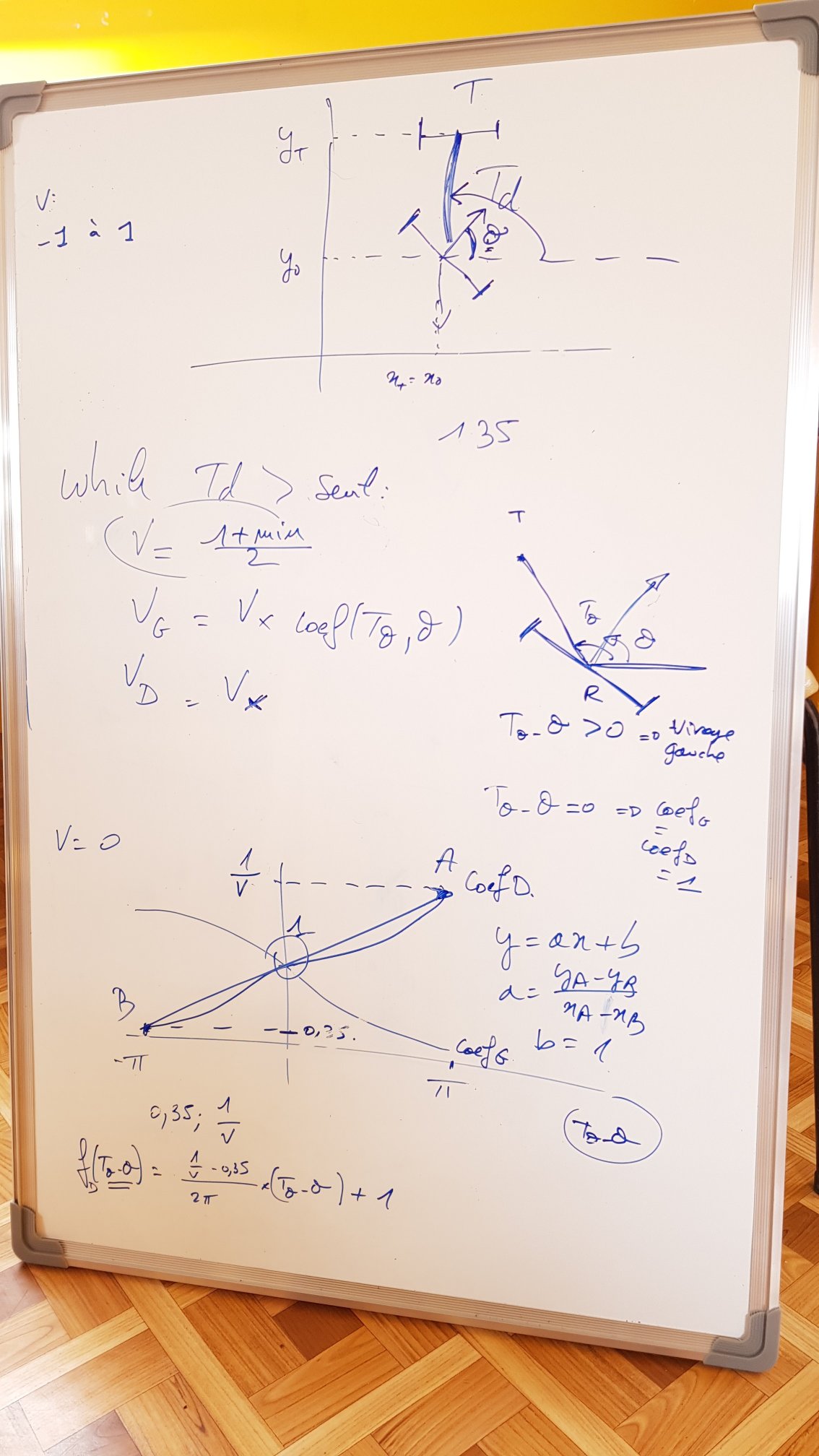 And then, Matthieu and Mohamed took the robot home ang worked on it on their own.

Here are their tries :

Then the guys went on. Mohamed wrote a first code to allow the robot to compute itself its path knowing where the road blocks are.

During our last meeting in August, we brainstormed about the final design and the guys created a CAD model of it :

(Please be patient for the loading, it may be a bit long but it worth it !)

This is an incredible achievement in such a little time.