Our participation in the FIRST competition in luxembourg

This Sunday, May 19th, we participated in a robotics competition organized by the make.it association of Luxembourg. This is the story...


The competition was organized as part of a mini MakerFaire. We were kindly invited by Marc TEUCH.


To set the context, we will expose the rules of the game: Two teams face each other on a board on which 12 boxes are arranged randomly. The goal of the game is to collect and bring the good boxes back to the team base. To differentiate the boxes belonging to the teams, the robot reads the RFID tag on the boxes. Each box brought back to the tram base scores points. But obviously, bringing back boxes that do not belong to your team makes you lose points. There are also different bonuses: bringing the robot back to the zone at the end of the match, automatically detecting the zone where your robot is on the board game, etc.

We lost our first match, which eliminated us immediately. We had 5 points of difference. After changing our strategy a little bit, we played the second and final game, and this time, we won. We managed to score 35 points and we were very happy because at this moment, it was the highest score of the competition. Score that has been beaten during the final match but only by 5 points (40 instead of 35). In the end we finished 5th in the competition but we left with a very nice special prize: the most ingenious robot.

Let’s talk about some specificities of our robot ! About the control system, it is original and uses an android phone connected to a ps4 controller. An application coded in java allows us, by communicating via bluetooth with the robot, to remotely control it. 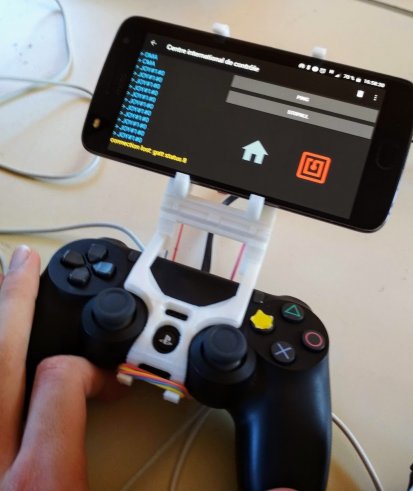 We printed a 3D support in order to use more easily the dualshock controller.

The main challenges of this competition was the communication and the control of the robot, and especially the RFID reader, that was very hard to use. Another thing to say is about the parts of the robots: we were limited because all teams have to use the same kit. 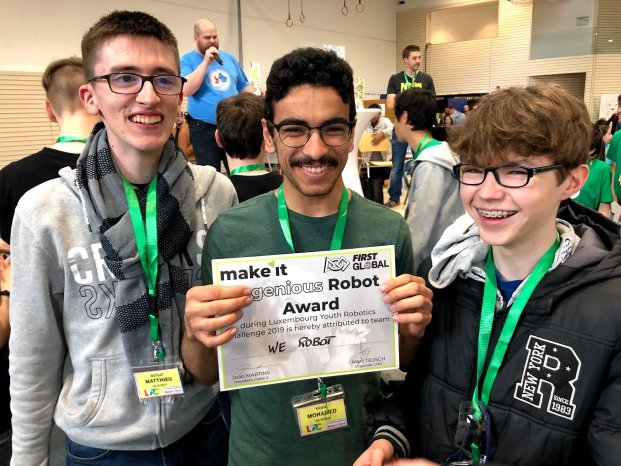 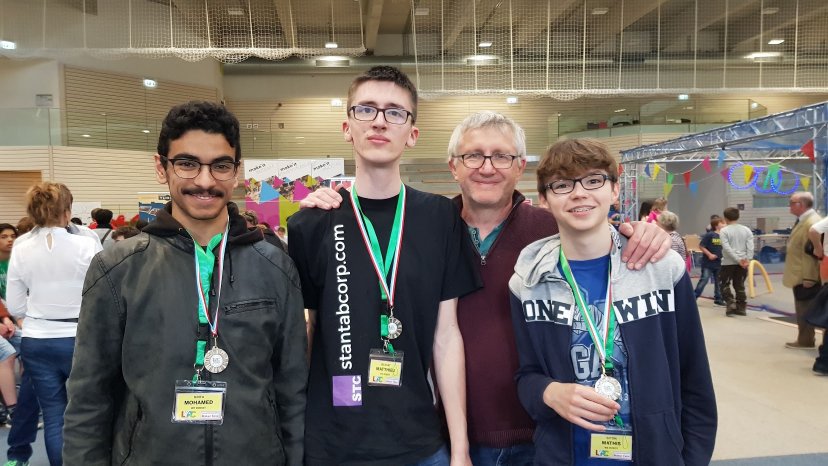 We are very satisfied of our robot and of the ‘ingenious robot’ prize. Thanks to Marc for organizing this contest.